A Lasting Legacy: A Tribute to Charles H. Booth, Jr.

“We make a living by what we get; we make a life by what we give. What we have done for ourselves dies with us; what we have done for others in the world is immortal.”
-George Eliot
Charles H. Booth, Jr., affectionately known as “Chuck,” was a pillar of the local community and the longtime patriarch of Burrell businesses from 1945 through his death on August 4, 2019. Burrell Group, Inc. owes an everlasting debt to his generosity, foresight, ingenuity, dedication, and heart.

A businessman, a patriot, a war hero and a philanthropist, Mr. Booth was a man who truly lived.

“He worked hard every day of his life trying to make the [Alle-Kiski] Valley a better place to work and live,” said Bob Weil, his son-in-law and CEO of Burrell Group. “He was generous in his contributions of money and time and energy to help make a difference.”

After attending Washington & Jefferson College, Charles joined the U.S. Army Air Corps and served as a bomber pilot in Europe during World War II. He flew more than 30 missions and received multiple awards and recognition for his service, including the Purple Heart, the Distinguished Service Cross, the Distinguished Flying Cross and the Air Medal with five battle stars.

When he returned home in 1945, he joined the Burrell Construction & Supply Co., the family business his father founded in New Kensington, Pennsylvania in 1935. He started as an as an assistant engineer, but quickly rose to the position of Vice President of Operations in 1948.

During his tenure, he helped shepherd Burrell from its infancy as a smaller operation with just five employees through a massive expansion into a company with 600 employees, 12 plants and $60 million in revenue.

In 1972, he was promoted to President & CEO, stewarding Burrell’s unprecedented growth and diversification, eventually transforming it into the iteration of Burrell Group, Inc. that exists today.

Through the years, Mr. Booth demonstrated an unwavering loyalty and dedication to his communities, serving on the boards of the Westmoreland Museum of Modern American Art, Pittsburgh History & Landmarks Association, New Kensington Chamber of Commerce, Contractors Association of Western Pennsylvania, and the Alle-Kiski Medical Center, just to name a few.

He was also essential in the founding of Penn State New Kensington. As a community advocate, he served on the original founding committee where he built community support and helped convince Penn State University to build a local campus. After its founding in 1958, he would continue to support the school and its students through multiple scholarship funds and other initiatives. In honor of his contributions to the University, he was awarded an honorary alumni award in 2007.

Mr. Booth’s contributions to his community seem endless. His work ethic was unmatched, and at age 99 he still came to work everyday at Burrell Group, Inc. His vision truly shaped our business, and his legacy will endure not only in our work but in our hearts as well. 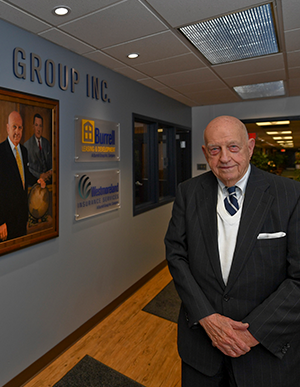 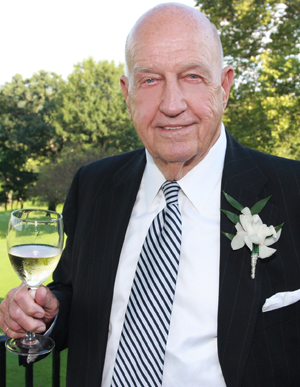