Burrell Group, Inc.’s heritage can be traced back to July 10, 1935 when Burrell Construction and Supply Company was founded. This first iteration of the company was principally doing business in concrete and asphalt-based construction. In its humble beginnings, the company operated only with 1 operating plant and 5 total employees.
With its success, the company saw massive growth. At its height, there were close to 600 employees and 12 operating plants serving the Western Pennsylvania region. This lasted until 1988, when the majority of the construction company was sold.

The remaining company was renamed Burrell Group, Inc., which continued to operate in industries associated with the construction industry, a practice it had pursued since the spring of 1960, when it purchased what is now Westmoreland Insurance Services.

Among these business pursuits was Burrell’s engagement into the mining industry in the early 1980’s. During this time, Burrell was gaining a great deal of market share in the mining industry by selling concrete and mortar products approved for underground use. The volume of business was so consistent that Burrell Mining Products, Inc. was formed on October 14, 1984. Among our successes, our expertise received notice and appreciation from the U.S. Bureau of Mines, which led to the introduction of several innovative product lines for the mining industry.

In addition to plants in Pennsylvania, West Virginia, and Utah, Burrell expanded its mining operation in 1996 with two new locations in Australia through a partnership with Adelaide Brighton, one of that country’s leading integrated construction materials and lime producers. 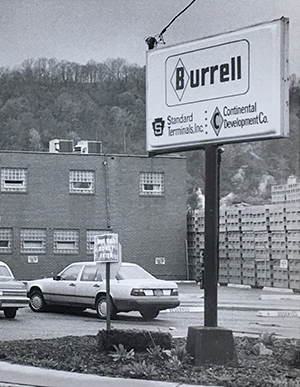 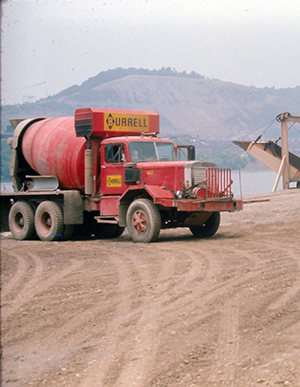